The Local Elections Archive Project was started and is maintained by Andrew Teale, and was the first single online resource for Great Britain local election results. 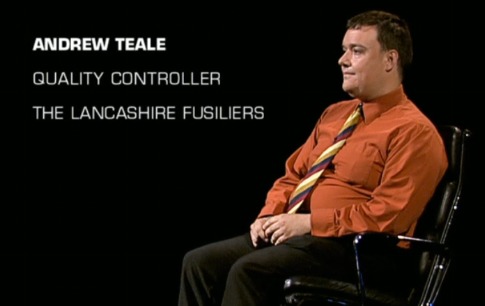 Andrew grew up in the Metropolitan Borough of Bury, in Prestwich and then in Ainsworth, and now lives and works in Bolton. He started LEAP in 2002, the first local election in which he was eligible to vote, after being surprised that there was no similar resource available on the internet at the time. Ten years on, LEAP keeps Andrew off the streets.

Andrew doesn't go in for much political activity, but is a member of the Electoral Reform Society and part of the successful Astley Bridge Conservative Club quiz league team. He writes weekly by-election previews for the Britain-Votes blog and was runner-up in the Personality of the Year 2011 competition on the Vote UK psephological web forum.

Andrew takes quiz very seriously. As of November 2013 he was ranked 40th in the UK by the British Quiz Association (his highest ranking was 30th in the June 2011 ranking list) and holds the BQA title of "Candidate Master". He played for the Welsh national quiz team in 2007 and for the Wales B quiz team at the 2006, 2007, 2010, 2011 and 2013 European Quizzing Championships. At the 2006 World Quizzing Championships he was the winner of the "Last Man Standing" competition.

He appeared in the 2010/11 series of BBC Mastermind and finished third in his heat.

After appearing in 2012 on the Sky Atlantic quiz show Cleverdicks, he returned to Mastermind for the 2013/14 series and was runner-up in his heat, taking King Henry I. Despite this, he was invited back for the 2014/15 series, winning his heat with the subject General James Wolfe and finishing fourth in the semi-final (King Henry VII). He had a further go in the 2017/18 series, finishing third in his heat with the subject Thomas Becket.

Andrew's other hobby is playing clarinet in the Lancashire band of the Royal Regiment of Fusiliers, which took him in 2008 to the Canadian Military Tattoo in Hamilton, Ontario, and in 2011 and 2018 to the Last Post ceremony at the Menin Gate, Ieper, Belgium.

Copyright © Andrew Teale, 2002–2022.
All text and images in this website are available for reuse and modification under the terms of the Creative Commons Attribution-Sharealike 3.0 Unported Licence and the GNU Free Documentation Licence (unversioned, with no invariant sections, front-cover texts, or back-cover texts).

All electoral data on this website are based on information kindly supplied by the relevant Returning Officer and are held for archiving, historical and research purposes in the public interest as provided for by the Data Protection Act 2018.

If this website has been helpful to you, please consider making a donation to support the work required to keep the Local Elections Archive Project going.